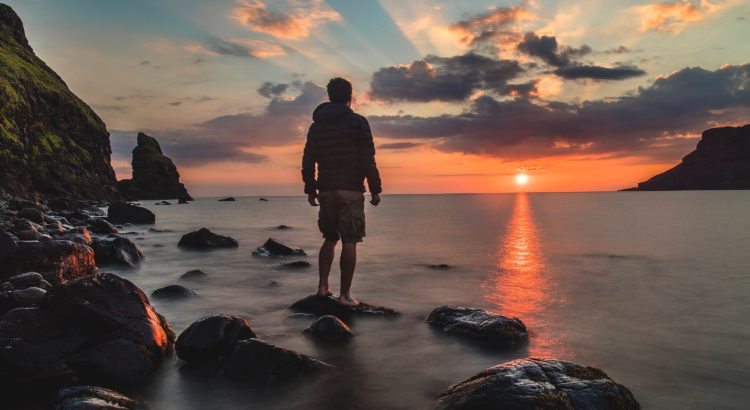 I’ve been on vacation for the last few weeks in Glacier National Park (pictures forthcoming!). My wife and I got to use our national parks pass right before it expired. We got a ton of value out of the pass. One unavoidable thing about vacations that I came to recognize as necessary evils: gift shops. All those little tchotckes and Glacier branded items probably really help the park’s bottom line. But, I almost never buy anything from them. Quickly browsing or skipping them altogether, gift shops got me wondering about my own personal buying philosophy.

The act of purchasing something is often personal, emotion-driven, and made with almost zero reflective thought. Many of us largely rely on intuition when making a buy, whether that’s out of habit, cognitive miserliness (our tendency to want to conserve mental resources), or because we don’t often have the time to do in-depth analysis. Usually, we reserve detailed comparisons and note-taking to large purchases of non-perishable items, such as automobiles, televisions, and computers. While these more costly purchases can lead to big one time hits to the wallet or purse, our daily purchases are usually the ones that send us over budget or keep us on track with our savings. So while we can spend too much time over-thinking a purchase, we can also spend too little time and under-think, leading to inefficient spending and regret. What we want to do is strike a balance between analysis-paralysis and willy-nilly spending– since a dollar saved today is many more dollars we can spend down the road (a concept called temporal discounting). To help myself stay on track with making the “right” purchases, I developed a method I call VCR– value, cost, and replacement, whenever the item I want (or think I want) is above a pre-set dollar threshold. While I didn’t realize that I did this almost unconsciously with every purchase, upon deeper reflection and introspection, I was able to figure out that I did have a personal buying heuristic that I employ on a regular basis. Read on to find out more about how I think about buying.

Most people would consider me over-educated. And that’s just fine as long as all that knowledge doesn’t get in the way of daily function. Used the right way, research on decision-making is downright empowering. Used the wrong way (that is, all the time for everything), it can be downright debilitating. So before I launch into principles of buying, I want to start off by saying that I tend not to think much about perishable items and anything under $20. True, I do sometimes mentally juggle menu-items at restaurants (salmon or cod?) based on price and those $20 purchases do add up in the end. But, I try not to overthink purchases at this level. This is because I recognize that mental energy is finite and so is time– overthinking has costs. It can be emotionally draining to count every penny and weigh every purchase, thus leaving you with less resources for the choices that matter. So, I think one thing people can do is decide what things they aren’t going to worry about, based on their own personal budget and savings goals. For us, it is largely groceries and other perishables.

Value and Cost: what do I get out of this?

Before I buy anything, or even consider the purchase, I try to ask myself what use I will get out of the item. I started doing this because I recognized some bad buying habits that I developed from my youth. Growing up, we didn’t have a lot of money. I started working at local computer stores in the summers, saving a few hundred dollars a month that I would inevitably waste on the latest computer game or hardware upgrade for my computer. When I went off to college, I managed to snag a part-time job as a researcher which turned into full-time during breaks. I counted myself lucky to have a job and the funds I saved from this went towards paying for my room and board. The extra money got spent on a combination of electronics, outdoor gear and sporting equipment. With a little bit of money in my pocket, I became addicted to surfing Sierra Trading Post, eBay, and Tiger Direct. These companies are brilliant in that they are able to utilize heavy discounts off of inflated retail prices to make it seem like you’re getting a great deal, all the time.

The end result was a bank account that almost always hovered around zero and a ton of outdoor gear that, to this day, I’m still using. While I will eventually get the value out of these items, it became clear in hindsight that I was spending way too much, unnecessarily, on items simply because “I might need it later” or justifying the purchase to myself because it was “on sale.” Some time during my Army days, probably when I didn’t have the time to buy things on deployment, I realized the error of my ways. I came to understand how important it is to buy things only when you really need them (and to throw things out if you haven’t used it in a year). It was also because of all the moving around that I did in the Army that I realized the cost of keeping all of this stuff around, having to account for it, and having to move it all around the country and world. Having stuff became a burden, a net negative in terms of value.

Thus the heuristic I developed is asking myself the simple question: “do I need this right now?” From there, I begin to think about whether the item provides value beyond the straightforward uses– it’s probably why I don’t own a television (what else does a TV do for you?) but do own a car (a Honda Fit) and why I’m using a hiking backpack that’s over 15 years old but I buy new running shoes regularly.

Value, of course, is related to cost, in a not-so-easy to pin down ratio. There are the straightforward costs: how much coin is this going to take out of my pocket. But there are also externalities that we don’t often consider. For example, not buying new running shoes leads to long-term debilitating stress on joints on the feet, which is much more costly in the long run. The value-to-cost ratio should be reasonable. Take my Honda Fit for example. The car cost $17,000 fully-loaded and brand new (we got it during the year-end clearance sale) and we’ve had it for six years. Adding in insurance costs, the car costs us about $4,000 annually. I almost always think about long-term ownership of items this way: how much will this item cost me per use or per year? For example, if I buy a $200 couch and I sit on it daily for ten years, the couch costs me about five cents per sitting session. But if I buy a $100 couch that breaks in two years and I replace it five times, I would wind up spending $500 total and my cost / sit comes out to about 13 cents per session, more than double than what it cost with the higher quality, more expensive, but more durable watch.

Back to the car: we’ve driven it approximately 62K miles total, including around the country. We also relied on the car to take us back and forth between Washington DC and Philadelphia where we continue to split time during the workweek. We clearly need the car and the alternatives are much more costly (Amtrak, Uber, etc). During the week, one of us uses public transportation so that the other can use the car, thus eliminating the need for two vehicles. Now, we could’ve bought a used car, but the per drive cost was probably going to be higher in the long run. The Fit also has really great resale value, so in the end, we’re going to come out vastly ahead of someone who either spends less in the short-run but more in the long-run, or someone who spends way too much on a car. The Fit usually gets me to where I need to go at the same speed and manner as someone in a much more expensive vehicle. The money we save usually translates to more incredible and fun vacations and experiences.

Replacement: can something else do the job?

Which leads me to the final buying principle: thinking about replacements. Do I have something that is currently serving the function perfectly adequately? Can I get something cheaper that will perform the same job as the item. Four Christmases ago, my brother gifted me a Nook e-reader. While not as snazzy as some of the new Kindle readers (the Paperwhite looks admittedly awesome), it has served me perfectly well while I make my way through the Games of Thrones novels. I could easily spend the money on a new e-reader, but do I really need to when I have a perfectly good one? Clearly not. Thus, the three step V-C-R process I go through makes sure that the things I spend money on are things I’ll get long-term value and use out of and that I really do need.

Do you have a buying philosophy that you use? What do you think about when you make purchases? Please leave a comment below, we’d love to have a discussion about this! And thanks for reading!