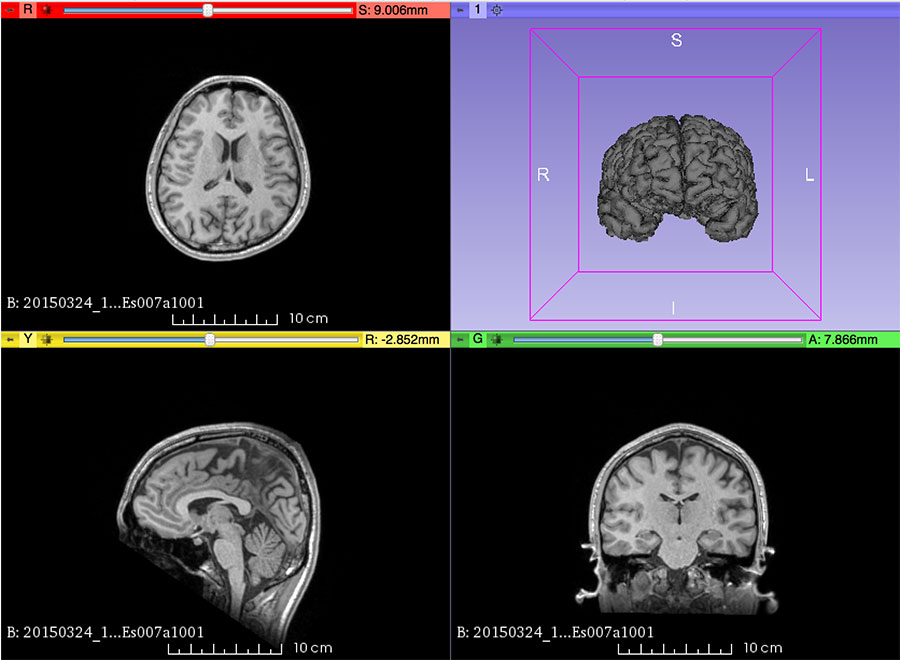 So I have to say, the next part of this was a bit magical to me. Chris took the DICOM files that were on the DVD and using a program that stitches the images together, reconstructed a 3D model of my brain. I downloaded the program 3D Slicer  and loaded up the files that Chris sent me, the stitched together MRI images, and two 3D models, one of each hemisphere. Pretty soon I was looking at my brain on my computer. Very cool!

The next step came to 3D print the brain. There is actually a service online (here) that will 3D print your brain for you and quite a few sets of instructions on how to do it yourself (here and here). I had no idea it was a thing until Chris told me about it. Some of these services are quite expensive. Luckily, Penn has its own 3D printing lab inside the biomedical library. The Penn library charges $1 an hour for printing (a steal!) and so I got a 2/3 scale model of my brain printed out. The total price was $21. I could have gotten a life-size model for about $142 ($71 per hemisphere). That seemed a bit steep. Check out the results below! I guess you’re not a real psychology student until you’ve had your brain 3D printed. I’m really pleased with the results and have to thank Chris for all his help. Although I have no idea what I’ll do if I lose my mind. OK I’ll see myself out now.